Don’t Use Concrete – why concrete is a bad thing. I’ve often said that concrete in a cemetery should only have two purposes. One…to form pads for grave markers and monuments that have some type of base. And two…for recasting new slotted bases to replace originals that can’t be repaired. I exclude grave markers originally made from concrete. They are another issue entirely. I stand by this firmly because I’ve seen the damage done by countless tons of concrete poured and unwittingly placed in almost every cemetery I’ve been in. Concrete as a fix SOLVES NOTHING. Quite simply…if the original marker did not require concrete to begin with, don’t make concrete part of its restoration. But sadly this is often the first item so many people reach for in the hopes of making something permanent or more long-lasting. The results are always the same. The softer grave marker is now permanently encased in a harder substance. It is generally face up to all the elements and wears much faster. Freeze and thaw cycles will crack and break the stone. And it is still going to sink into the ground. So really nothing has been solved with this method.

This destructive practice has been going on for the better part of the 20th century to the present. It seems to have been very prevalent in the 1950’s and 60’s as some sort of cemetery cleanup method. As a result many tombstones and monuments have paid the price. We can’t undo what has happened in the past before better preservation techniques came along. But we can learn from this and discontinue it today. 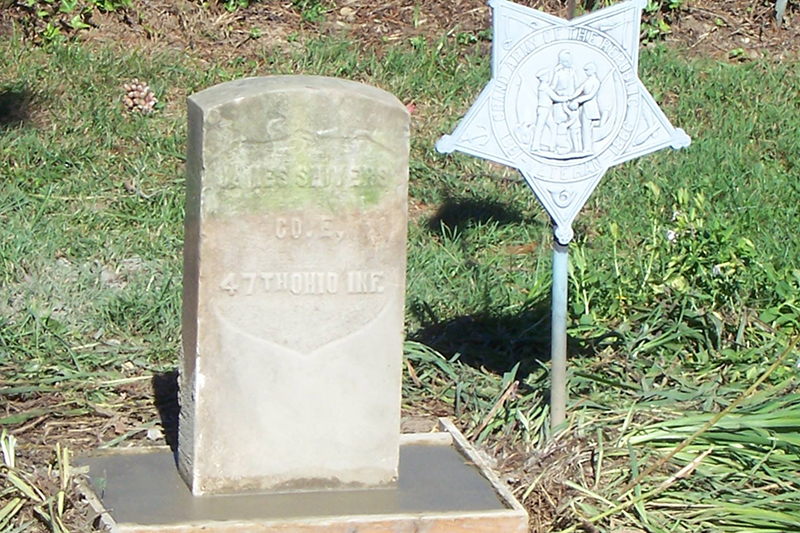 This white marble govt. issue military marker is a prime example for not using concrete. Judging from the greenish/brown line that runs through, “CO.E” on the stone. I would say it sank to within a few inches from its top. This happens quite often and is usually caused by the settling of the grave. Or it could be due to things specific to the typography of the cemetery grounds. The natural fact of things is, that the earth is ever changing and will always move and change the grounds surface. So placing this marker in concrete won’t change that at all. What it has served to do, is to put a soft marble stone in direct contact with a much harder material by placing it into wet concrete.

People seem to think this sort of concrete collar will steady the stone and prevent wobble and lean. Not so at all. It will now just act like a fence post with a weight around its neck. 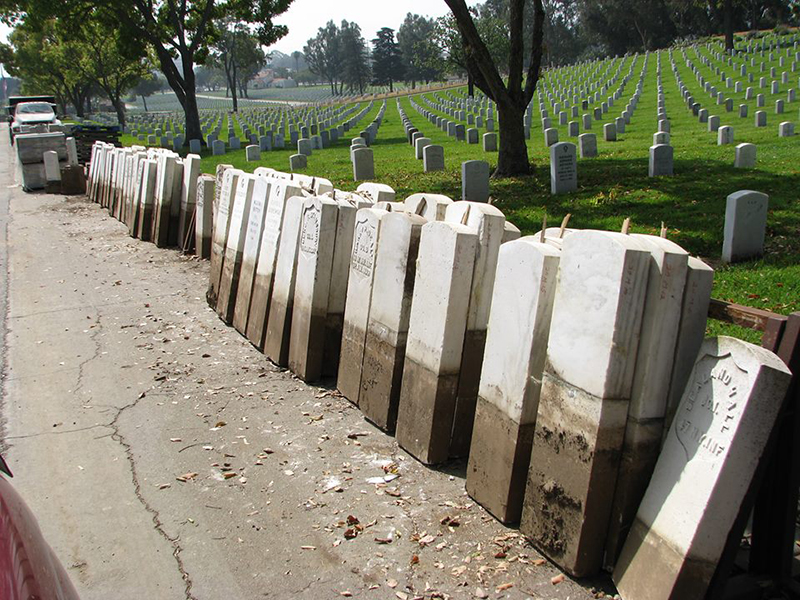 These are govt. issue military markers at a national military cemetery. Some are being reset and others are being replaced. Notice all the different sizes in width and height? They range from just over 3 ft. to over 4 ft. in height. These are also known as a, “tablet set” type of marker or tombstone. They are set directly into the ground like a fence post. You can see a great video on this under BASIC STANDARDS…Tablet Set. I can assure you, they are not using any concrete here. 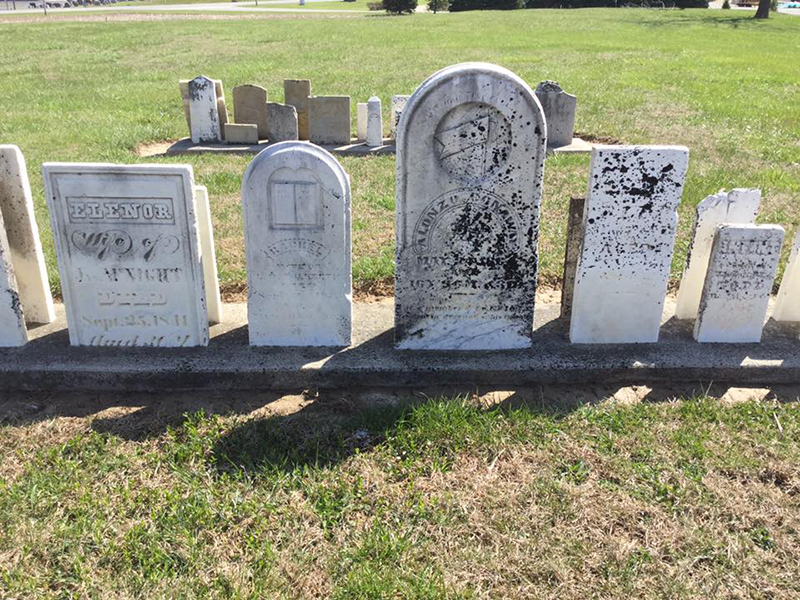 Here is another bad use of concrete. The long sidewalk pad approach. This is generally done through the quick easy clean up to mow faster method. When this occurs, most likely no real effort was made to probe for, locate, repair, or reconstruct the cemetery. This is always a sad fate for these artifacts and their now lost priceless information. 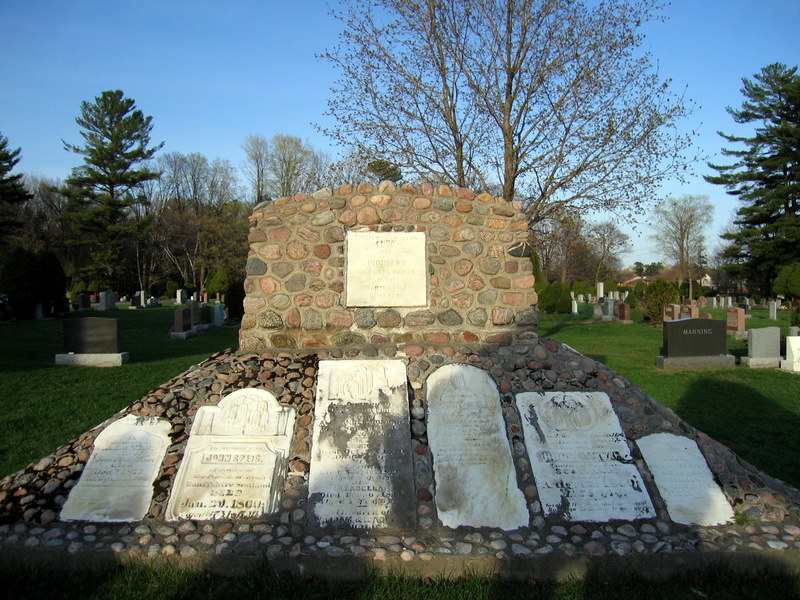 This is another sad concrete display. Although the stones are on an angle and not totally flat, they will still weather badly. Sadder still is that 5 of the 6 stones look to be intact with legible writing. Wouldn’t it have been a lot easier and less costly to have simply reset them? One can only imagine the time, effort, and money it took to build such a megalithic sort of monument like this. And it’s all damaging to the thing it was intended for. 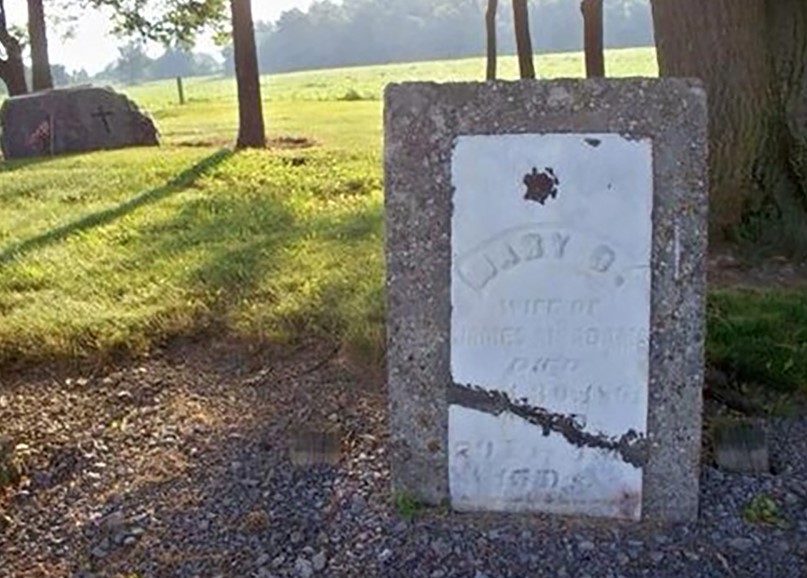 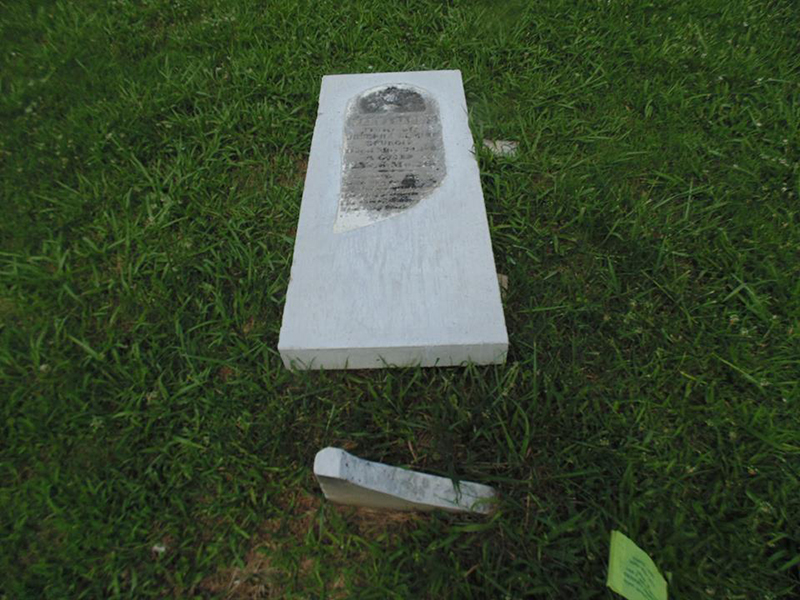 Concrete encasement seems to be another popular method to fix simple breaks. This is using an elephant gun to shoot a mouse. And sadly both tombstones appear to be simple single tablet breaks. The stone on the right even has its bottom piece intact and still protruding out of the ground. Now it can’t be mated to that piece, making that part no longer relevant to this situation. And judging from the rather short length of the rectangular encasement, I doubt it is tall enough to set properly. So on this one, your guess is as good as mine as to the final disposition of this repair. 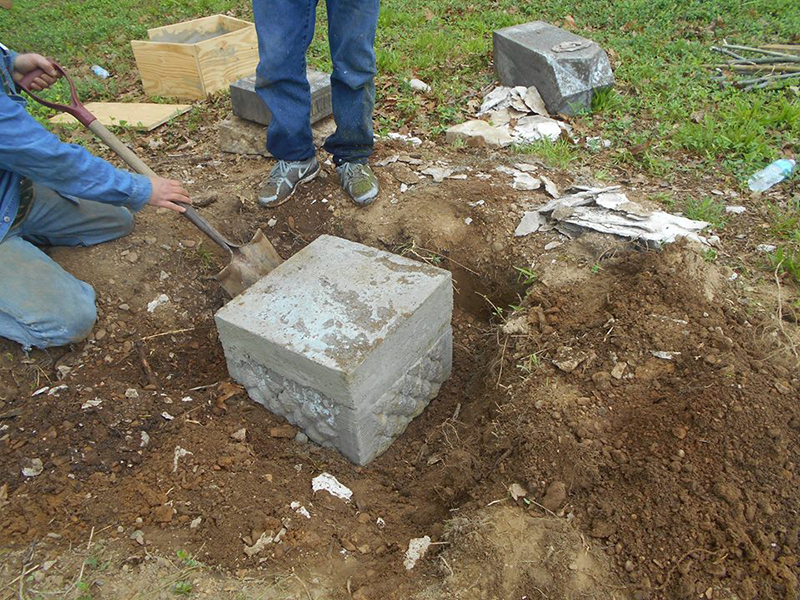 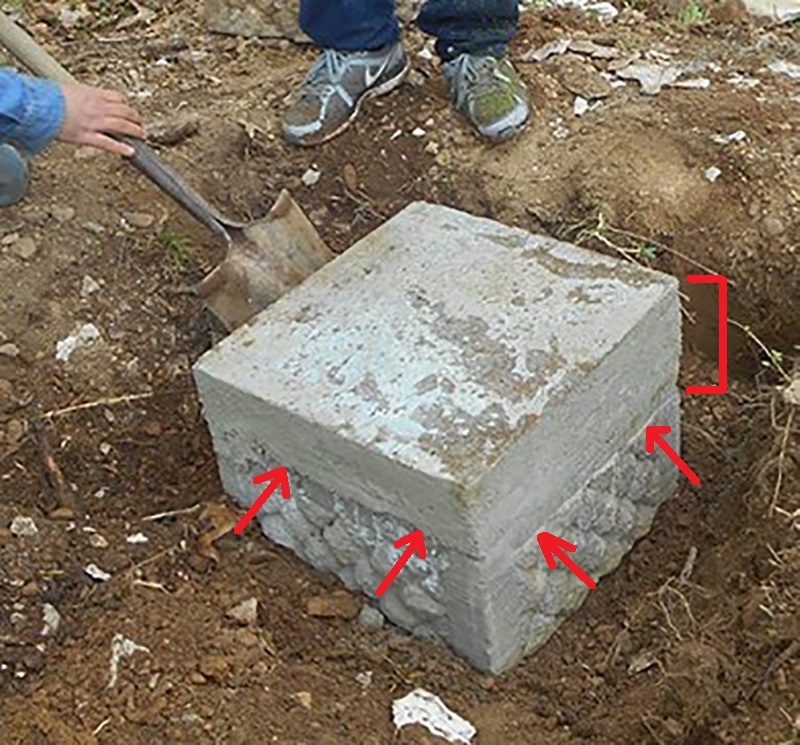 When I inquired of these two gentlemen the reason for this wet molded concrete block addition. They said it was added because the stone wasn’t level. I told them that I understand this and deal with this sort of thing all the time. I then explained this is simply a matter of raising and leveling the stone. And added because of the carved design clearly visible on the sides, this base block was meant to be seen and not buried. They quickly barked back exclaiming, “we just don’t have the time to do it right.” No time to do it right? I wonder how much time, money, and effort was put into hauling concrete and water to this remote site and then mixing and forming this unneeded piece of damage? 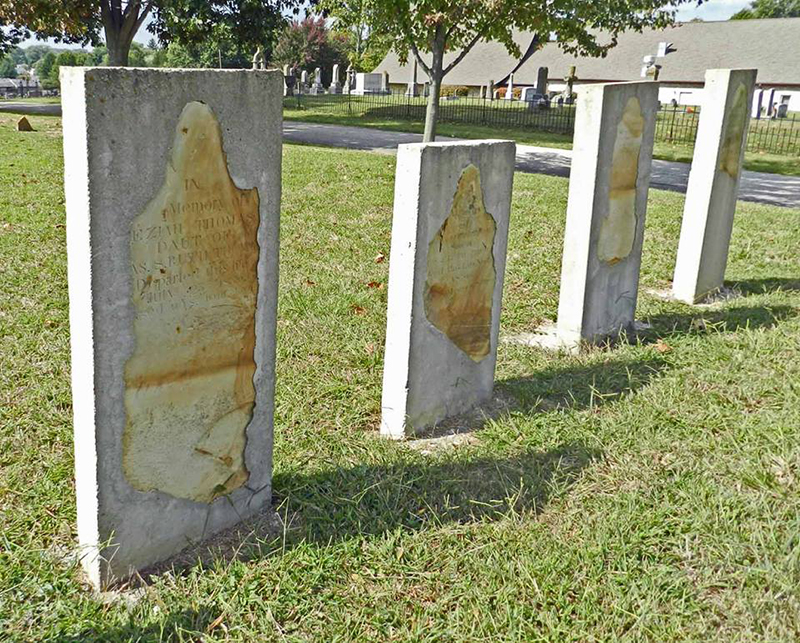 Here is an example of why tombstones, and in this case, their pieces should not be permanently fixed. CCUS member Scott Andersen has been restoring a cemetery in his hometown for the last 3 years. He and his dedicated group have worked with many jigsaw puzzles and tombstone pieces so far. But sadly some years back, before they started their work. A stone wall was created and many of the tombstone pieces were forever locked into this wall. In the picture you can see they found the mate to one of the pieces in the wall. Again, this happened some years back and the damage is done. The point here is to not repeat these same damaging mistakes. 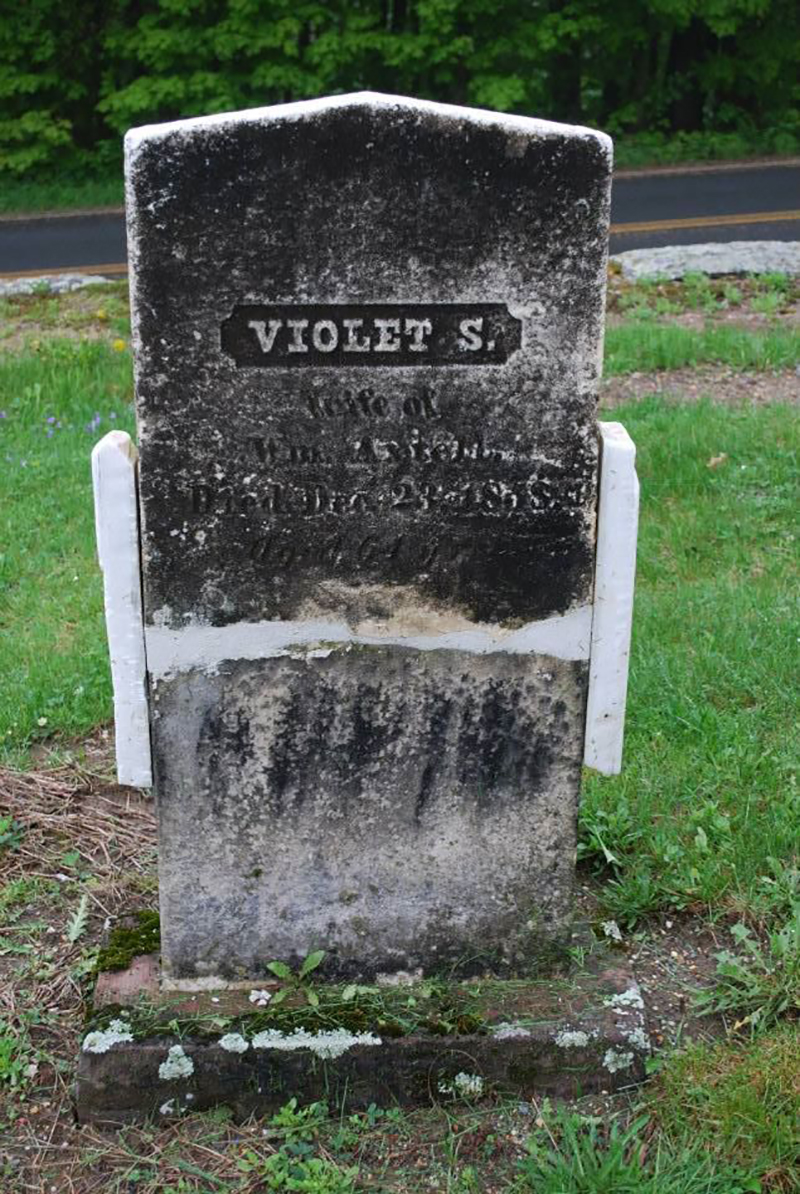 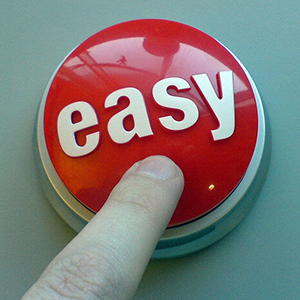 There are no easy button solutions to cemetery preservation through the means of concrete.

We would also like to add to this by saying, all hope is not lost. The situation just becomes much more precarious and involved, and will require the intervention of a more skilled professional. It literally takes hours to remove the concrete encasement. Often requiring a diamond blade to remove the concrete to within a ¼ inch of the tablet. Chisels & special dremel tools are also employed. And it still takes hours of painstaking careful work. Time must be taken so as not to not damage the edges of the tablet. And with some luck, maybe those who used the concrete mixed it poorly and applied it to a dirty surface, in turn making for a poor bond. This sort of restoration should always be handled by a professional or an individual who has first take a class in the basics and moved on to more advanced training. 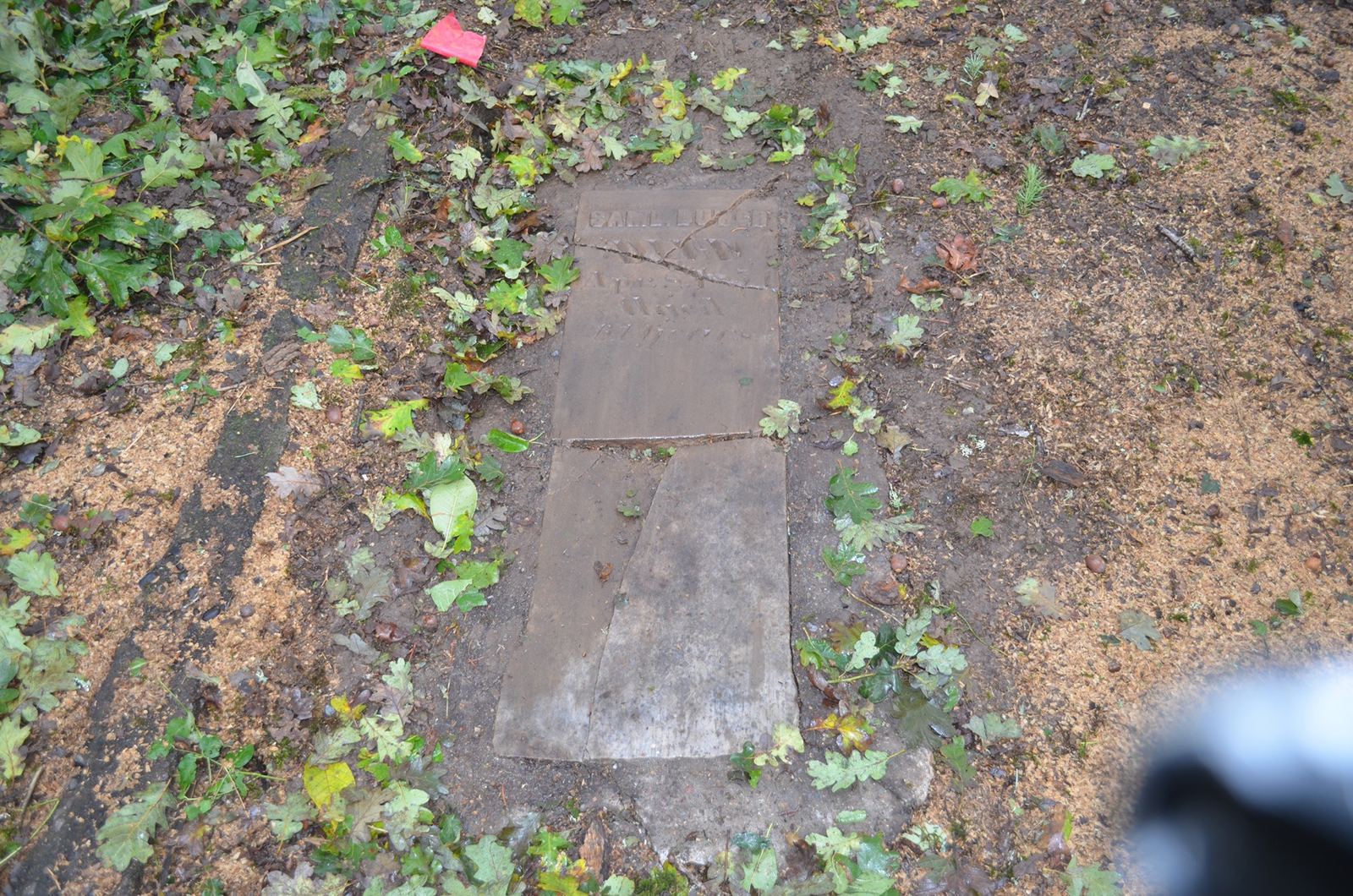 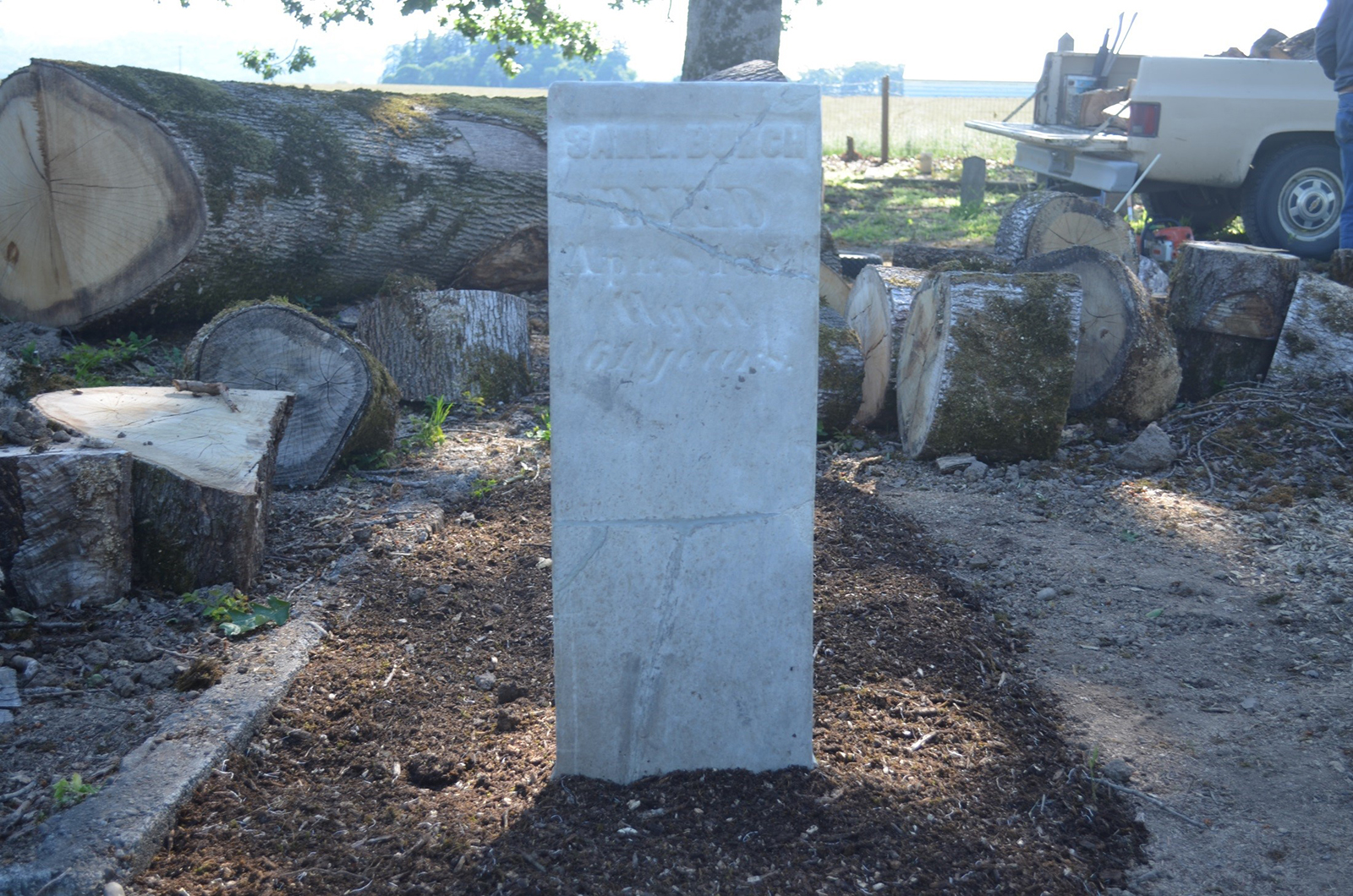 For further information please read our document in ARCHIVES…CONCRETE – A Bad Solution. And watch the video below on this subject. This video completely explains this subject.